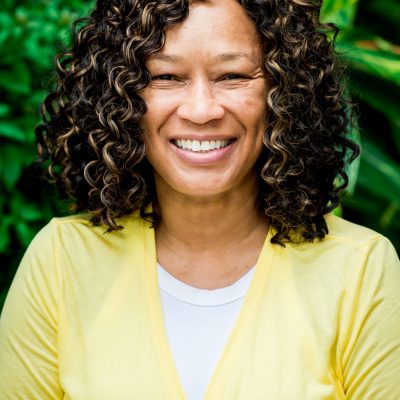 I was born and raised in Chicago, Illinois where I graduated from North Park College in 1986. As I worked my way through college I became interested in retail taking a job as an Assistant Manager at an off-price discount store after graduation. My career in retail lasted 10 years, which included opening the Bloomingdale’s store on Michigan Avenue. After my son was born I realized that I truly wanted to work in education.

When I applied for a substitute-teaching certificate, I was asked to participate in a mock interview for a new alternative teaching program. I was accepted into the program based on the number of science classes I took while I was an undergraduate. I earned a masters degree in education along with my teaching certificate in 1995. I taught science at James H. Bowen High School for 10 years. I won the Suave Performance Plus Award in 2003 for going above and beyond my duties as a classroom teacher. Although I was having a great time teaching, one of my students strongly suggested I become a counselor after I assisted her with the college application process. It was exciting to go back to school where I earned my counseling certification from Loyola University in 2004.

I became a national board certified teacher (NBCT-Counselor) in 2011 and have been a network master counselor since 2012. I am currently a mentor for Nurturing Teacher Leadership (NTL) which is a support program for individuals seeking national board certification. Under my leadership, two counselors have achieved certification.  In 2012 I decided to help students earn service-learning hours by participating in Lead4Change (then Lead2Feed). Each group was awarded $1,000.00 after entering the challenge. Once again I became excited to learn that Lead4Change was assembling an education advisory board and wanted me to participate. This is a great opportunity and I continue to “take people with me” as I spread the word about Lead4Change.

Now, many years later…throughout this time, my son never read this biography, but his friends checked me out on the Lead4Change website. I received a call from my only child who was curious about why he was only given one line in my biography. Here is his update. I am very proud of Donovan. He was on the track team in high school where he participated at the state level sophomore and senior year. He was also on the math team throughout high school which probably helped him achieve that perfect math score on the SAT. In addition, he only missed one question on the math section of the ACT. Donovan was awarded a national achievement scholarship and graduated from the University of Arizona in 2013. I am a Wildcats mom for life.  🙂

The Lead4Change Student Leadership Program allows students to bring out their natural ability to lead.