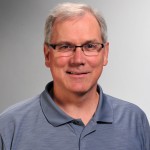 The Phoenix School of Discovery

Ken Moeller is the Principal at The Phoenix School of Discovery, an alternative thinking school in Louisville, KY. Previously, Ken was the principal at Doss High School. He is in his 23rd year of education in Jefferson County. Prior to being named principal, he was an Assistant Principal at Doss for two years. Moeller also spent 14 years at Eastern High School as a technology teacher and assistant principal. During his tenure there, he was one of the chief architects of the school’s nationally recognized business and information technology magnet program.

Moeller earned his administration certification and Rank 1 from Indiana University Southeast, his M.A.T. degree in secondary education from the University of Louisville, and a B.S. degree in psychology from Wright State University in Dayton, Ohio.